This month's guest blogger, Emma O'Donovan, discusses the potential for challenging, sometimes controversial picture books. Emma has spent the past ten years in the world of children's books, first as a children's bookseller and now as a publishing marketing manager. She may be found at The Book Sniffer.

As we bound head long into a new and magnificent golden age of illustrated picture books, I feel it’s time to take a moment to reflect on the role of challenging and controversial picture books in a world in which children are increasingly exposed to sensitive information. From the dark depths of Grimm’s fairy tales to an egg-laying mummy, dogs' bottoms, ‘boobs’, and the grim reaper, it seems there are few restrictions in terms of what is deemed acceptable content for the very youngest of readers

Historically the picture books available to young readers were thoroughly smattered with terrifying bone chilling characters (the mere mention of Struwwelpeter strikes fear into the hearts of many adults I know). Back then they were actively used by parents as a tool  to instill good manners, etiquette and a good moral standing in the young. Although perhaps some of the methods depicted in Struwwelpeter were slightly harsh.


It is probably fair to say that as a general rule, in anticipation of the impact on international sales, publishers tend to avoid content which may be considered controversial. It is well documented that tolerance for challenging picture books appears to be extremely risky, particularly so in the US markets.
With the picture book market beginning to flourish again perhaps now is the perfect time for publishers to create interesting and challenging picture books; for parents to trust with complete confidence the decisions made by the books creators; and for authors and illustrators to be given new freedom to experiment with new themes. It is certainly evident that picture books are becoming increasingly experimental in terms of design and the complexity of the stories within them.


During a recent acceptance speech at the Greenaway Awards, Winner Jon Klassen reminisced about how his initial concept for This is Not My Hat was much darker than the one which was eventually published, dipping its toe into the dark and murky underworld of underwater gang culture, only to be rebuffed by his US publisher for being too dark. It turns out they created an award-winner so in this case perhaps it was a good call and after all it is a marvellous book and *spoiler alert* the hero still in fact dies at the end so it's not entirely sanitised and sugar coated.


It seems to me that nowadays one of the best things about using picture books as an educational and emotional support mechanism is the propensity for readers to absorb information at their own pace whilst promoting further discussion. So often children are bombarded with information from all angles with no capacity for information filtration, but at least with a picture book they can relate an imagined scenario with their own and re-read to reinforce understanding.

It’s hard to believe that one of the most recent pioneers, legendary Babette Cole, created her magnificent picture books over 30 years ago! Babette illustrated books with confidence, engaging storytelling and side splitting comedy incorporating gender equality, sex education, puberty, death and same sex marriage in the most charming of ways, with a great majority of readers not even realising they were what are referred to as ‘issue driven’. Surely that magical picture book recipe can be replicated and re-invented.


I wonder if exploring challenging subjects that are enveloped in a safe and familiar picture book (probably shared with a grown-up you are very fond of) is actually the best place to do so.; and there we have yet another reason why pictures books are an invaluable and essential first step in the development of the next generation of marvellous book loving adults.

I’d love to hear what you think
Should picture books remain a sacred space for the pure innocent enjoyment of story and escapism and imagination?
Who holds responsibility for what our children are exposed to?
Which books have tackled challenging issues unsuccessfully?
Should books tackling ‘issues’ proactively advertise their content on the cover for added parental reassurance?
Does humour play an important role in broaching certain subjects with young readers?
It'll be great to discuss this further in the comments section below or on ‘The Twitter’ (please tweet me @maybeswabey with your thoughts #challengingpicturebooks).

Finally, some recommendations
In my previous incarnation as a children’s bookseller, I regularly recommended trusted classics to broach difficult subjects. There really is a wealth of brilliant picture books, covering all manner of subjects from dementia to late breast feeding and divorce. Here are some which I would confidently recommend (and a few suggestions from my dear knowledgeable friends on Twitter).


Divorce
Mum and Dad Glue by Kes Grey & Lee Wildish
Death
Duck Death and the Tulip by Wolf Erlbruch
Grandpa by John Burningham
The Heart and the Bottle by Oliver Jeffers
Maia and What Matters by Tine Mortier & Kaatje Vermeire
Sad Book by Michael Rosen & Quentin Blake
Dementia
Grandma by Jessica Sheperd
Really and Truly by Emilie Rivard & Anne-Claire Delisle
Other / Bottoms
The Great Dog Bottom Swap by Peter Bently & May Matsuoka
Philosophy
The Yes by Sarah Bee & Satoshi Kitamura
Elmer and the Big Bird by David McKee
Bullying
Leave me Alone by Kes Gray & Lee Wildish
Is it Because? by Tony Ross
Marmaduke the Very Different Dragon by Rachel Valentine & Ed Eaves
Ant and the Big Bad Bully Goat by Andrew Fusek Peters & Anna Wadham
Don’t Laugh At Me by Steve Seskin
Trouble at the Dinosaur Cafe by Brian Moses & Garry Parsons 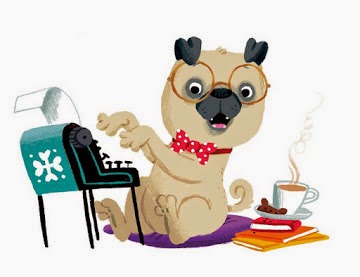 Thank you to this month's guest blogger,
Emma O'Donovan,
who may be found at
The Book Sniffer