This is my first blog for Picture Book Den. I was asked to get involved by the illustrator of my two picture books, Garry Parsons. Having accepted, I instantly felt a pang of anxiety. Even though I have had 40 children’s books published so far, only two of them are picture books. 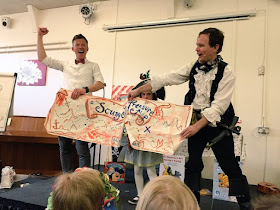 I am very proud of both of these books and I’m grateful to have books to read, talk about and sell when I visit schools. I love Garry’s illustrations and I have discovered lots of fun things to do around them in classes. Visiting Reception and Year One is always fun and having a good excuse to talk about pirates and dinosaurs is perfect. Although, I have discovered that it is hard to distinguish a dinosaur ROOOOAR from a pirate AARRRR! 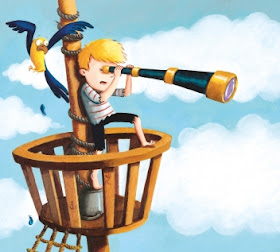 But I don’t feel like a natural born picture book writer. I have written more than just two. Lots in fact. If you were to scan through the Picture Book Ideas folder on my computer you would find a lot of unfinished, barely started, and “written but rejected” ideas.

Of course, I am not alone in suffering from Imposter Syndrome. A cursory Internet search on the subject suggests that many of us do, will or have suffered from Imposter Syndrome at some point. I found lots of advice about how to get over it, which made me realise that in my case, I don’t really mind feeling like an imposter. Before we get to the reason why I’m OK with it, I should clarify why I do feel this way.

Firstly, I don’t really consider myself a visual writer. I am not an illustrator and I don’t especially see images when I write. Some writers see images, which they describe with words. Others build words out of sentences. With me, I think it’s that I mostly hear voices, which I write down.

As I always say in schools, the most important aspect of a picture book is the pictures. (The clue is in the name.)

Whenever I write a picture book, I try my hardest to imagine how I might be able to use the pictures to move the story forward but, in truth, I am very much in the hands of the editor, designer and illustrator. In fact, there are aspects of both of my published picture books, that I only fully understood once the pictures had been added. In The Dinosaurs are Having a Party, I had no idea why the T-Rex started chasing the main character until I saw Garry’s rough artwork and there is a whole subplot with half a missing treasure map in Are You the Pirate Captain? that I had alluded to but not fully realised in my text. 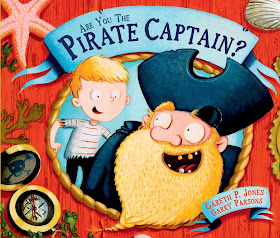 I also feel as clueless about whether anyone else will like each text enough to publish them. I never have any idea if my latest effort will actually get picked up. When I do manage to finish a book, I usually email it to my agent and her assistant who then let me know if they think it’s worth sending to publishers.

Sometimes they have comments. On other occasions they send them straight on as they are. I welcome comments but I do find that my picture books are especially delicate things. One light tap of an alteration and the rest of the text cracks and crumbles and I end up writing an entirely different story.

My next reason for feeling like an imposter is both true and hard to admit.  But here goes… (deep breath) 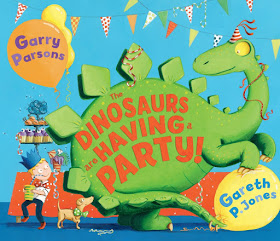 A lot of the time I don’t enjoy writing pictures books. OK, so sometimes I do. And I really love picture books themselves. I also love having picture books and I am over the moon whenever I get a new contract but usually (especially if it’s rhyming) I find the process of writing the things absolutely soul-crushing. I remember Tracey Corderoy (who has written a lot of successful and excellent picture books) telling me she likes rhyming texts because it’s like solving a puzzle. I think my problem is that I was never really one for puzzles. I don’t care much for crosswords or sudokus or… even worse, Rubik’s cubes. I’m happy writing songs and raps because you can be flexible and you can rely on your own delivery but with the picture books the text has to stand on its own. 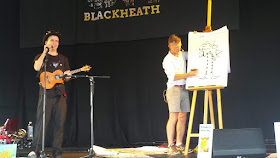 Another reason for disliking the process is that with a longer book, a bad day’s writing might result in a few badly written pages – maybe a rubbish chapter – but at least I know I’ll be able improve this. After a bad day writing a picture book, quite often my word count has gone down! Or I’ve ended up with half a sentence that, let’s face it, could be better.

Now, before you start thinking “this blog is a bit down beat” it is worth mentioning that Garry asked me because I’d told him that I have two picture books coming out next year (and a sequel to one of them the following year) all with Egmont.

Next year’s books came about as a result of much easier and more pleasant writing experiences. Perhaps this is because they both came about as the conversations of with my daughter. It may have helped that they are not rhyming texts. The first, The Lion on the Bus came about when a rendition of The Wheels on the Bus got silly. I sent it to my agent’s assistant (my agent was on maternity leave at the time). She had various concerns (too much going on visually, too much peril, not enough countries know the song… and so on). All very sensible things to bring up but, I responded saying I didn’t have anything else so please would she submit it anyway. 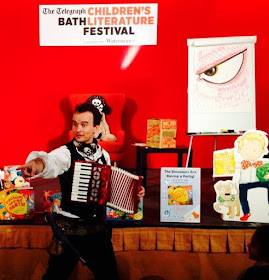 Thankfully she did. My new publisher’s enthusiasm for these books has been wonderful and I am very excited about the next stages in the process, (which I will probably blog about later this year).

And yet, I still feel like an imposter and, as I said at the beginning, I don’t actually mind feeling like that. I’m not looking for reassurance - at least not in this aspect of my career. I like the fact that I go into each picture book with the same wide-eyed innocence of the intended audience.

Lots of us do feel like imposters a lot of the time – especially when you are making your way in the world as a writer. And certainly, if you can find ways to tell yourself that you are the real thing, then that’s great. Do that. But maybe it’s also OK sometimes to admit that you are out of your comfort zone. Feeling like an imposter, for me, keeps me on my toes and ensures I work all the harder to write picture book texts that work. 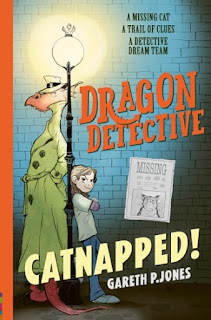