Animal characters are hugely popular in picture books and there are many reasons why creators star them in their stories. But what are the pros and cons of using animal characters vs human characters and what do we need to know?

After being invited to talk about animals in picture books at a really fun #ukpbchat event, I put all my thoughts down in a post for Picture Book Den. And because I have a talent for making things more complicated than they need to be, I’ve arranged them in a suitable acrostic poem! 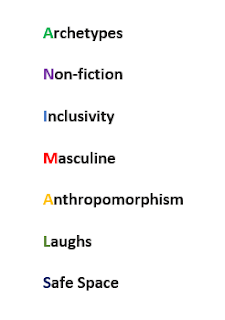 Animals often come with pre-packaged personalities. For example, foxes are thought to be sly, bears live in caves, mice are small and eat cheese. When creating a picture book character these are useful because they can help a character feel familiar to a child. The advantage of this is that young children can open a book and quickly get a sense of the story. Picture book characters need to be relatable, so using archetypes can help.

However, the market is flooded with books that include foxes, bears, dogs, cats, rabbits, mice and wolves. I find there’s something exciting about subverting archetypes and turning these stereotypes on their head to create something new and more original. 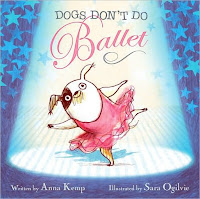 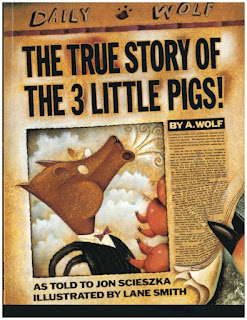 (Note: It might be worth bearing in mind that there could be a very good reason why some animals do not feature highly as picture book characters! For example, pigs and hedgehogs might not have the global appeal publishers are looking for.)

Animals are cute, engaging, fascinating and lots of fun to read about! For these reasons, animal characters are a great place to start if you’re looking to write non-fiction picture books. This was how my foray into non-fiction began and I have now sold five non-fiction narrative texts about animals. They can be funny, poetic or anything in between. Here’s one of mine that came out most recently. It’s the first in a series with MacMillan, illustrated by Nicola O’Byrne. 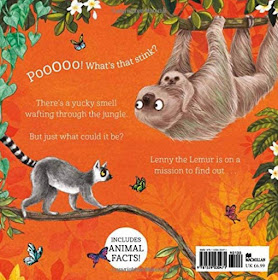 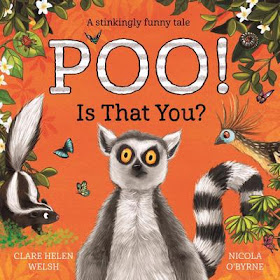 Anthropomorphism is defined as the attribution of human characteristics or behaviour to an animal or object and it’s a little bit marmite with publishers as far as I can gather. I’ve written picture books where the animals speak and wear clothes, and some where they do not. I have some where humans and animals talk to each other, and some where no one talks. There really is a huge range. It would be worth researching the kinds of books a publisher has on their list to see where they sit on the anthropomorphic scale. And do bear (Ha!) in mind that it can vary depending on what type of picture book you’re looking at.

For one of my non-fiction stories publishing in 2021, I was asked to tweak lines that anthropomorphised the animal protagonist, too much. On the other hand, Lenny is publishing with a different publisher and is a walking, talking ring-tailed lemur on holiday in South America! However, I do know that Nicola was asked to make the style realistic and she worked tirelessly on the setting to ensure authenticity, the reason being that biologically accurate books help children to learn and retain knowledge about the animals involved. 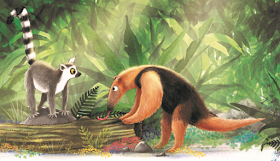 We’ve established that animal characters are instantly relatable and come with their own set of character traits that authors can use and subvert. ‘This Book has Alpacas and Bears’ by Emma Perry and Rikin Parekh is a great example of subverting the trope that bears make great book characters. Rikin’s illustrations are a suitable witty match for Emma’s text.  Jim Field and Kes Gray’s ‘Oi’ series and Mo Willem's Pigeon books are also packed with giggles! 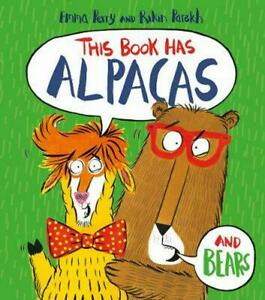 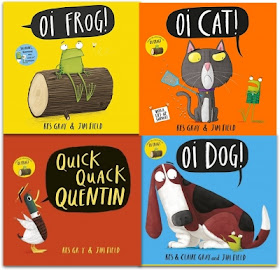 Historically, animals are often referred to as masculine. It’s always worth looking at your characters to see which sexes they identify with. How many of your stories have female protagonists? Male? Are animal main characters more or less likely to be male? I made a little table of my published texts. The results were surprising!

These are published (or soon to be) titles. I’d hope that in my desktop files there are more books with female, animal protagonists. Michelle Robinson and Deborah Allright have created a great example of how to switch up stereotypes in She Rex! Also look out for Rashmi Sirdeshpande and Diane Ewen's, 'Never Show a T-Rex A Book,' which features a female dinosaur character. 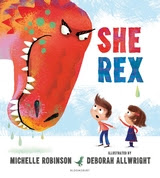 Safe spaces:
A big positive of using animal main characters, is that creatives can use the distance between the child reader and protagonist to explore darker and more scary themes. In Isabel Thomas and Daniel Egneus’ new book for example, children learn what happens to our bodies when we die, prompting all kinds of conversations about life issues. Here’s the blurb:

‘In the frost-covered forest of early spring, fox is on a mission to find food for her three cubs. As they grow, she teaches them how to survive in the wild. Until one day, fox dies. Her body goes back to earth and grass and air, nourishing the world around her and bringing the forest to life. Death is not just an end, it's also a beginning.’

This feels less hard-hitting than it would were the main character a human, of course. Animal protagonists are a way of creating distance, allowing creatives the freedom to tackle themes and issues that may be too confronting with human characters. This is the case for Donna David and Laura Watkin's picture, 'Oh no, Bobo!' which has a gentle message about consent. 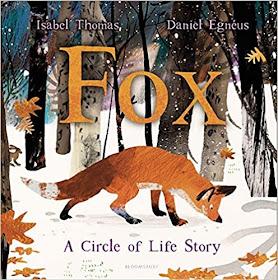 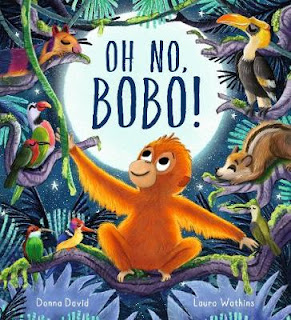 In summary, children’s books of all kinds have long contained animal characters and I can’t see that trend disappearing any time soon. Animals spark wonder in children and provide potential for beautiful, funny and engaging illustrations. But it is worth thinking carefully about the animal you choose, making sure they star in your story for all the right reasons.

BIO: Clare is the author of over 30 books for children, that star both animal and human main characters. She writes fiction and non-fiction picture book texts - sometimes funny and sometimes lyrical. She currently has books in development with Little Tiger Press, Andersen, Nosy Crow and MacMillan so watch this space. You can find out more about her at her website www.clarehelenwelsh.com or on Twitter @ClareHelenWelsh .