Everything Takes So Much Time by Gareth P Jones

I’ve been trying to write a new picture book recently. It’s not going very well as I’m stuck on a rhyme for disco.

I used to have a driving instructor who ended every lesson with the words, “Well, you don’t learn something every lesson, do you?” By the fourth or fifth lesson, he was still saying it but it wasn’t true. I had learned how to start and stop - and even steer a bit, but to listen to this guy you’d think I was still stalling every time I stopped. 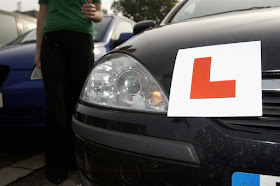 After that, I found a more encouraging driving instructor, but I still think about this first one. I’m not saying that I hear my driving instructor’s voice, but it is very much his tone – and his sense of frustration – that is whispered inside my head in those moments of self-doubt that come with the territory of being a writer. And a human being.

Writing is frustrating and I find picture books especially daunting. When I sit down to write one, I often feel as though I have no idea how to go about it.

One of the reasons I’ve never really fancied teaching creative writing to adults is that I’ve always felt that it would require confidence and certainty about process and style, whereas I often feel like an idiot scrabbling around for words that rhyme with ‘disco’. San Francisco? This Bow? Miss Snow?

And yet, children’s authors are required to act as ambassadors for reading and writing in a way that other writers are not. We are frequently asked for writing tips, or to run writing workshops in schools. Over the years I have learned to separate the two parts of myself. I think of it as the writer & the author. So even if the writer has spent all morning staring glumly at a collection of terrible rhymes for ‘disco’, the author can still stand in front a whole school assembly and hand out writing tips. 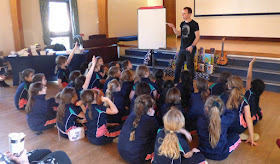 Not that I’ve been doing a lot of that lately. With everything so up in the air, it’s no wonder that school visits have dwindled. This has obviously financial implications but, equally, it can affect my emotional well-being. I miss the inspiration I draw from children.

So when my mum suggested I try running an online creative course for kids this year, I really liked the idea. I liked that it was generating work - rather than sitting around waiting for it to come to me. I liked the idea of assembling a bunch of enthusiastic young writers. And I liked the idea that I could create a regular source of inspiration.

Finding the students involved a bit of social media advertising but, since I wanted to keep the classes quite small for each session, I did manage to fill the last month with two hour-long sessions every week with some brilliantly inventive 8-12 year olds. I love the immediacy and easy humour of these meetings. Last week, in under an hour, we plotted an epic saga about a mouse who lived in a world where animals kept humans pets, but who had to venture into the underground lair of the humans to defeat a rebellious leader. Why? Because the humans were quite literally revolting! It does me the world of good to have these courses to look forward to every week. 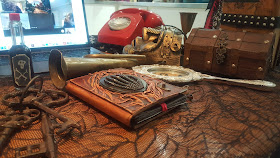 Getting a book out of your head and into a reader’s hands can take a painfully long time so, if that’s your job, it’s worthwhile finding things that spark your creative self – and which take less time. It’s the same reason I make little recordings of songs online (#PirateJukeBox). They’re never note perfect but they allow me to connect with the outside world, they require a bit of creative thinking and they don’t take very long.

It has been five years since I had a picture book published. Five years! 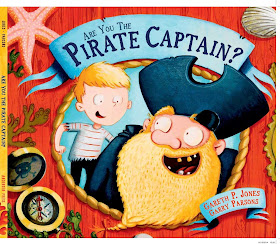 Thankfully, I have three of them coming out this year - including Rabunzel, illustrated by the super talented Loretta Schauer. 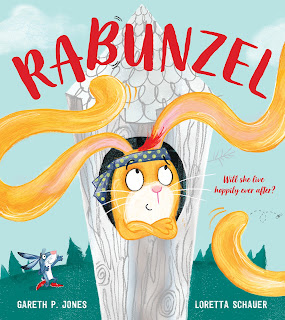 It’s going to be a busy year, finding ways to publicise this book without the usual possibility of schools and festivals, but I will continue to apply my creative thinking to the matter of spreading the word about books.

I also know there will be times ahead in my career when things quieten down and my driving instructor will pop up to moan at me again. To keep him quiet, I will continue to search for things that keep me feeling creative, connected and as though I am learning and moving forward.

Actually, maybe disco shouldn’t be a rhyming word after all.

Gareth P Jones is the author of over 40 children's books. His new picture book Rabunzel is the story of a long eared rabbit who gets locked up in a high hutch by her overprotective mother. It's published this month by Egmont books. Check out the theme tune here.