We’re starting the New Year as we mean to go on, launching ourselves into the nitty gritty of what makes a rhyming picture book really sing.

Many authors begin their picture book journey writing in rhyme, me included, maybe because some of our most favourite books are written in verse. A dynamic and flawless rhyme is an absolute joy to read.

However, along the way, lots of us get put off writing in rhyme when we realise that it’s harder than it looks, and that the industry standard is really very high.

We invited super star rhyming picture book author, Catherine Emmett, to discuss what she wished she had always known about rhyme. Catherine is the author of King of The Swamp, illustrated by Ben Mantle, which stormed into 2020 despite being released during the pandemic. Catherine’s next picture book illustrated by David Tazzyman, ‘The Pet; Cautionary Tales for Parents and Children,’ is also in rhyme and is set to be another huge success. 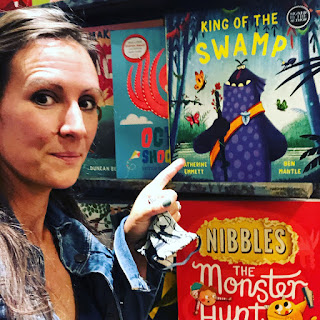 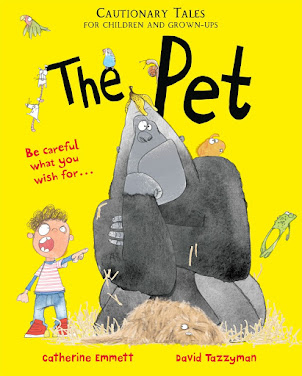 Without any further ado, let’s hear from Catherine!

It’s easy to forget as a writer, when you have a lovely network of writerly friends and helpful writer groups, just how hard it is to FIND STUFF OUT when you first start writing.  Back in the beginning I had SO many questions, and NO ONE to ask.

And, ‘Do I REALLY need to worry about stressed syllables?’.

So, here it is - my gift to my former, friendless self!  These are the 10 things that I really wanted to know when I started off writing rhyming picture books - but had no idea how to find out… 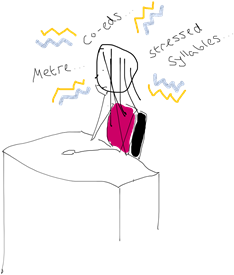 1 – Why does everyone say that agents and publishers don’t like rhyming texts, when there are so many rhyming picture books getting published?

I wondered this so much when I started out. The answer seems to be that no one wants BAD RHYME.  And sometimes agents or publishers would rather see no rhyme at all, rather than wade through piles of bad rhyme.

One of the main reasons for agents turning down rhyming picture books texts is because the rhyme - and especially the metre - aren’t strong enough.  The answer is to get GOOD at rhyming.  Learn about metre, practice and get really fluent with it.

Compared to most books, picture books are expensive to print because of all the full colour illustrations.  To make things work financially, publishers like to have other foreign publishers buy the book to sell in their own territories (and in their own languages).  These ‘co-editions’ can help making printing picture books more cost-effective.

3 - Will a rhyming Picture Book sell any co-editions?

There is always discussion about whether rhyming picture books will sell co-editions.  The concern is that it is difficult to translate rhyming stories into other languages.  I have certainly had a PB turned down for being so reliant on rhyme that it would ‘only have UK appeal’.  However, if you have a strong enough STORY, then co-editions do happen.

4 – Should I worry about regional accents?

Yes! The problem with the UK is that so many different regions pronounce words in different ways.

What rhymes for someone in Newcastle, does not necessarily rhyme for someone in London.  Ignore this at your peril!  You don’t want to write a book that only works for half of the country.  I know of at least one editor who sometimes reads through submissions in a Scottish accent to check this! Find yourself a friend from the opposite end of the country and if the words don’t rhyme for them, then AVOID.

5 – Do I really need to worry about metre / stressed syllable patterns?

Now, do you need to care about it?  In my view, yes, ABSOLUTELY.  It’s incredibly difficult to write a smoothly rhyming book and it’s even harder if you don’t understand the building blocks that you are using.

Not only did I used to wonder about this, I’ve also been asked this a lot by other writers, so I decided to do a bit of research into what the most common metre patterns are in published books.

Finding this sort of information for the whole market seems to be impossible, so I used my kids’ bookshelves as a proxy for the market. There were 207 books of which 79 were rhymers and 128 prose, suggesting that the rhymers make up about 38% of the market (or my sample set at least).

For the purposes of the below:

And due to the mud the swamp rea-lly quite stank”

“I told the vet a-bout my pet, he said that I was right,

She has to change her col-our, to stay safe and out of sight.”

“When Da-ddy made it home that night

Just under 10% varied their syllable count per row, for example, 3 rows of 8 beats and the one of 11 beats.

Just over a quarter of the sample had a metre pattern that varied throughout the story.  It’s worth noting that this was skewed because a large number of these were Julia Donaldson’s books, which often use a varying metre pattern (see ‘The Highway Rat’ for a good example of this).

7 - Do some words always get stressed?

I find writing the sentence out in prose can really help with this, as can asking someone else to read it out.  Actually - my best tip is to find a ‘new reader’.   My confident reading 6yr old will easily pick-up good metre and really shows up where metre isn’t right.

8 – Should I vary the rhythm or syllable count to keep things interesting?

I personally think this depends how your mind works.  I think if you are of a more musical persuasion you might naturally think more in ‘verses’ and different patterns of rhyming.  For me (someone who is not musical at all!) I stick to a constant pattern.  Ultimately, I think it comes down to your story and what your story needs – let the story lead the rhyme.

9 – Should I include a comma or pause in my syllable count?

Controversial.  This in entirely up to you… …but I don’t.  Having looked through my sample set, I would say that the books which I read most smoothly tended not to do this, whereas the ones that I have tripped over in the past sometimes do include this.  I suspect that this might be different for other people though - I’d love to hear your views.

10 – Should I include a repeated refrain?

Of the sample I looked at, very few had a strict repeated refrain, though about a quarter had some form of repeated structure.  A lot of those with a repeated structure were by Julia Donaldson and again possibly reflect her songwriter background.

In deciding whether it works for you, again, I’d focus on the story. If your story lends itself to a repeated verse then great, but there’s no need to include one otherwise.  Your story should lead your rhyme, not the other way around.

So that’s it! The 10 things that I really wanted to know when I started writing rhyming picture books, but didn’t know how to find out.

I hope this has been useful, if you have any more questions then come find me on Twitter at @emmett_cath or drop me a line via my website www.catherineemmett.co.uk.

Wow! What a wonderfully thorough look at metre, rhyme and why it matters. Thank you so much, Catherine, for sharing your research and experience with us at Picture Book Den. And to those of you among us writing in rhyme or thinking about it, we very much hope this guest post leaves you informed and inspired! 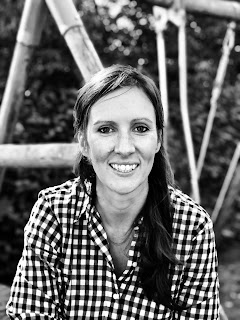 Bio: Catherine grew up in Newcastle Upon Tyne and spent all of her childhood reading books. When she grew up, she spent fourteen years making spreadsheets and not reading any books at all. After advising a group of young girls to find a career that they loved, she decided to take her own advice. She packed up her husband and her three young boys, moved to rural Essex and started to write picture books.
She now spends her days surrounded by words, animals and noisy boys. When she needs a bit of peace and quiet, she can be found running (very slowly) across muddy fields.

Bio: Clare Helen Welsh is the author of over 4- fiction and non-fiction texts, either published or in press, including picture books and early readers. She runs a 7 week picture book course for Write Mentor and is a Writer-in-Residence for 2021. Find out more here: www.clarehelenwelsh.com